On September 20 — 28, 2020, a military-historical motorcycle and automobile rally «Kosovo Pole» dedicated to the 75th anniversary of the Great Victory and the 640 anniversary of the Battle of Kulikovo will take place on the roads of Serbia. 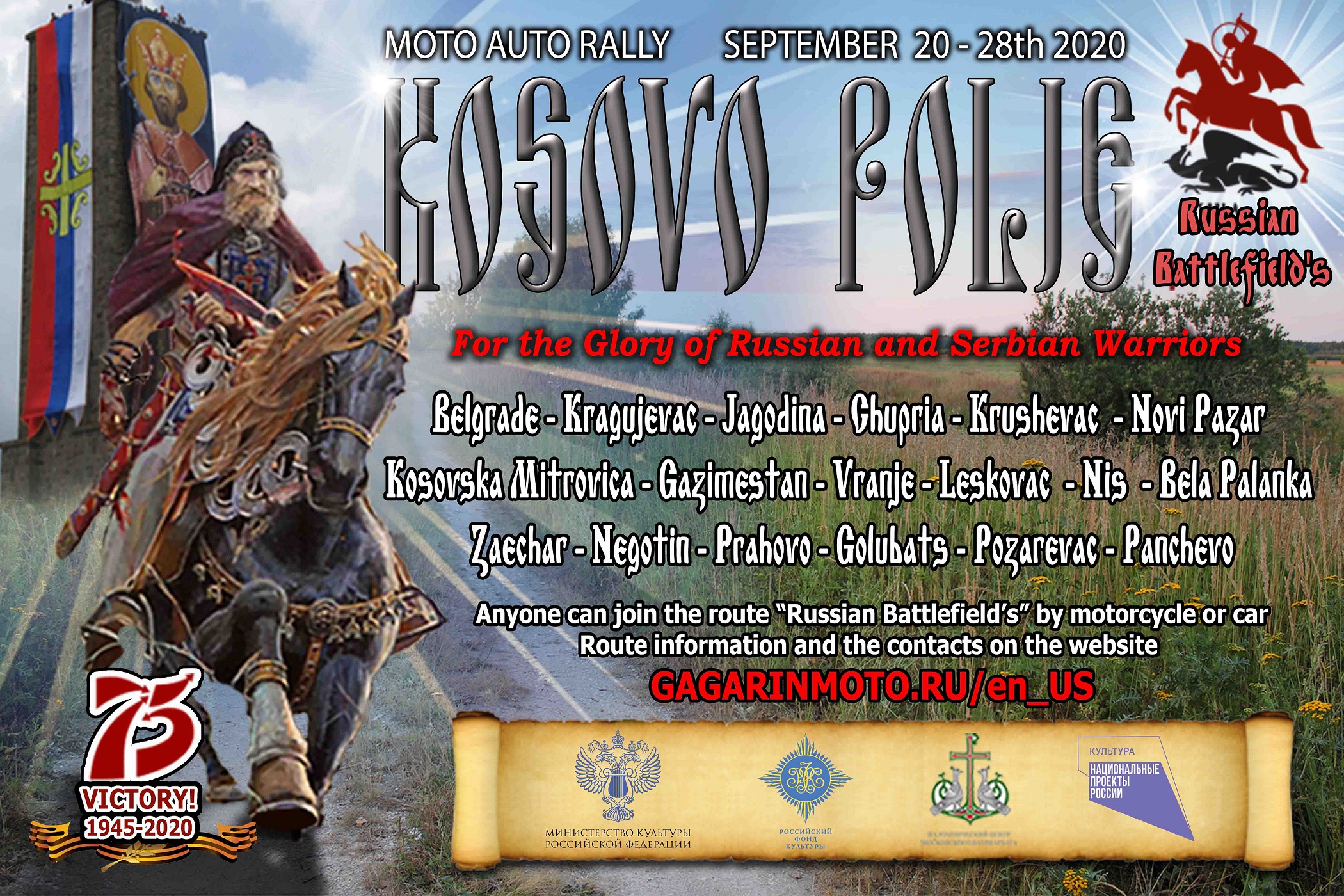 The dates of the Kosovo Pole march are timed to coincide with the beginning of the Belgrade strategic offensive operation to liberate Serbia and its capital Belgrade from Nazi troops, which began on September 28, 1944 with the landing of Soviet troops of the heroic Danube flotilla in the cities of Raduevac and Prahovo.

Symbolically, the start of the march will be the Day of the Nativity of the Blessed Virgin Mary, on which, back in 1380, exactly 640 years ago, the Russian army led by the Holy Right Prince Dmitry Donskoy won a historic Victory over the hordes of the Tatar Golden Horde.

The participants of the rally will pass the last expensive army of the great Serbian holy Tsar Lazar to the battle of Kosovo Pole, which took place in 1389. Battle of Kosovo — Day, June 28 — Vidovdan is a sacred day of military feat for the entire Serbian people.

Kulikovo and Kosovo are military fields that rallied Russian and Serbian people in a battle against invaders and enslavers. These are places where the military spirit was tempered and a Slavic warrior was formed, fighting for his Fatherland. These are the fields of military glory that served as the foundation of the Victory of 1945, where Serbian and Russian soldiers fought shoulder to shoulder with the Nazi plague.

The route of the military-historical march will pass through the cities of Serbia:

The total length of the route is 1,700 kilometers, designed for 8 days 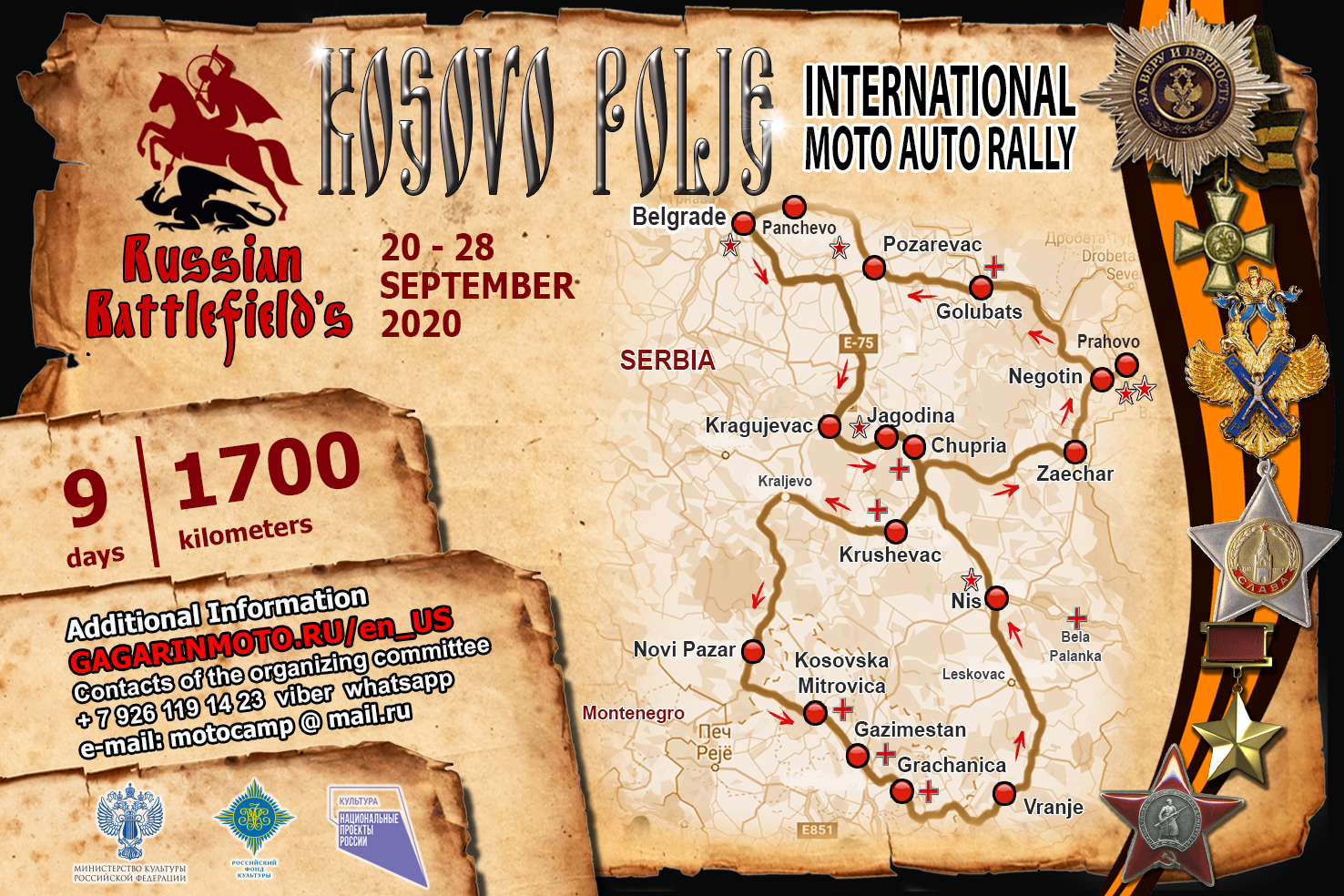 The route of the military-historical march was laid along the path of the troops of St. Prince Lazar, leading the Serbian army to the Battle of Kosovo. Its participants will visit places associated with the Battle of Kosovo, which is largely similar in importance to the Battle of Kulikovo of the Russian army: Ravanica Monastery, Lazaritsa Monastery and the Krushevac Fortress museum complex, the Monument to Prince Lazar in Kosovo Mitrovica, the Gazimestan Memorial Complex, the Medieval city of Prilepac, Gracanica Monastery in Kosovo and Metohija, Chele-Kula Memorial Museum in Nis. Citizens of Russia, Serbia, Republika Srpska, North Macedonia, Montenegro and Slovakia take part in the march. The event will be held with the support and participation of the Russian and Serbian Orthodox Churches.

Anyone who is interested in Russian and Serbian history, culture and traditions can join the cultural and historical routes of the «Russian Battlefield’s» project.

God Keep You on Your Road!